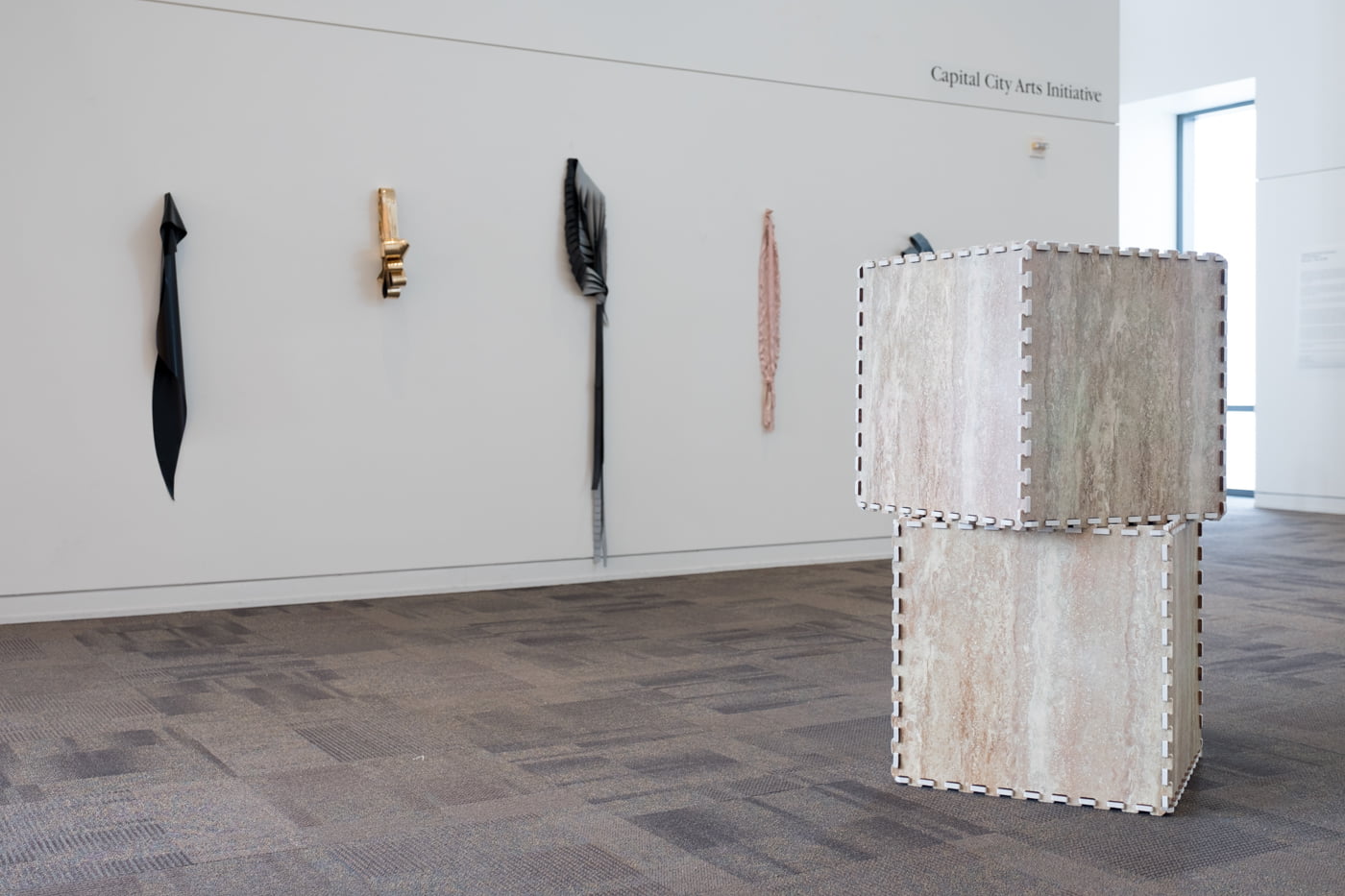 In Svea Ferguson’s recent work, sculptures cling to walls. Abstract forms embrace, sag, and lilt, and they transform on their vertical supports. The thin, minimally colored, cut forms mimic human actions as they comport themselves as weighty, massive objects, highlighting the fact that they are composed of relatively heavy, though inexpensive, materials. They imitate the instinctive way that we – as humans – conduct our bodies through space. In the same breath, Ferguson makes allusions to classical sculpture and its drapery (one might think of the Parthenon marbles), as well as serpentine Renaissance forms (Michelangelo’s Sistine Chapel figures come to mind). What makes this collection of work fascinating is that for as much as connections are drawn to the past, they are equally drawn to the present. The use of linoleum and vinyl create parallels with modern art, in particular Minimalism, a mid-twentieth-century art movement concerned with distilling art materials into their most basic compositions and forms. Not to mention the fact that these are the very materials that we build our modern-day lives out of. Ultimately, though, for Ferguson, her sculptures create a distinct link with the most basic human functions: breathing, sighing, and simply being. With this body of work, Ferguson interrogates how art can address these ephemeral, but essential, acts.

Rather than depict these actions, and the emotions that predicate them, Ferguson makes you feel them. The works give you pause as the forms inspire contemplation. We have these funny idiomatic sayings in English such as “catch a breath” and “hang out.” It is this slang that is literalized in Ferguson’s pieces, as the viewer is given the opportunity to investigate the malleability, fragility, impermanence, and strength of her art – and by extension – our body. It is undeniable that everyday life is increasingly hurried and fast-paced. So, it is rare to find time to meditate on seemingly (and that’s the key word here) insignificant tasks such as inhaling, exhaling, and standing. But in actual fact, we are nothing if not breathing and if not tethered to the planet. Nor have we much choice about those “activities.” Indeed, respiration and gravity are well beyond our control. Ferguson’s work does much to make us ponder these inevitable, unalterable situations. Through her art, we take them less for granted as we are reminded of their existence… 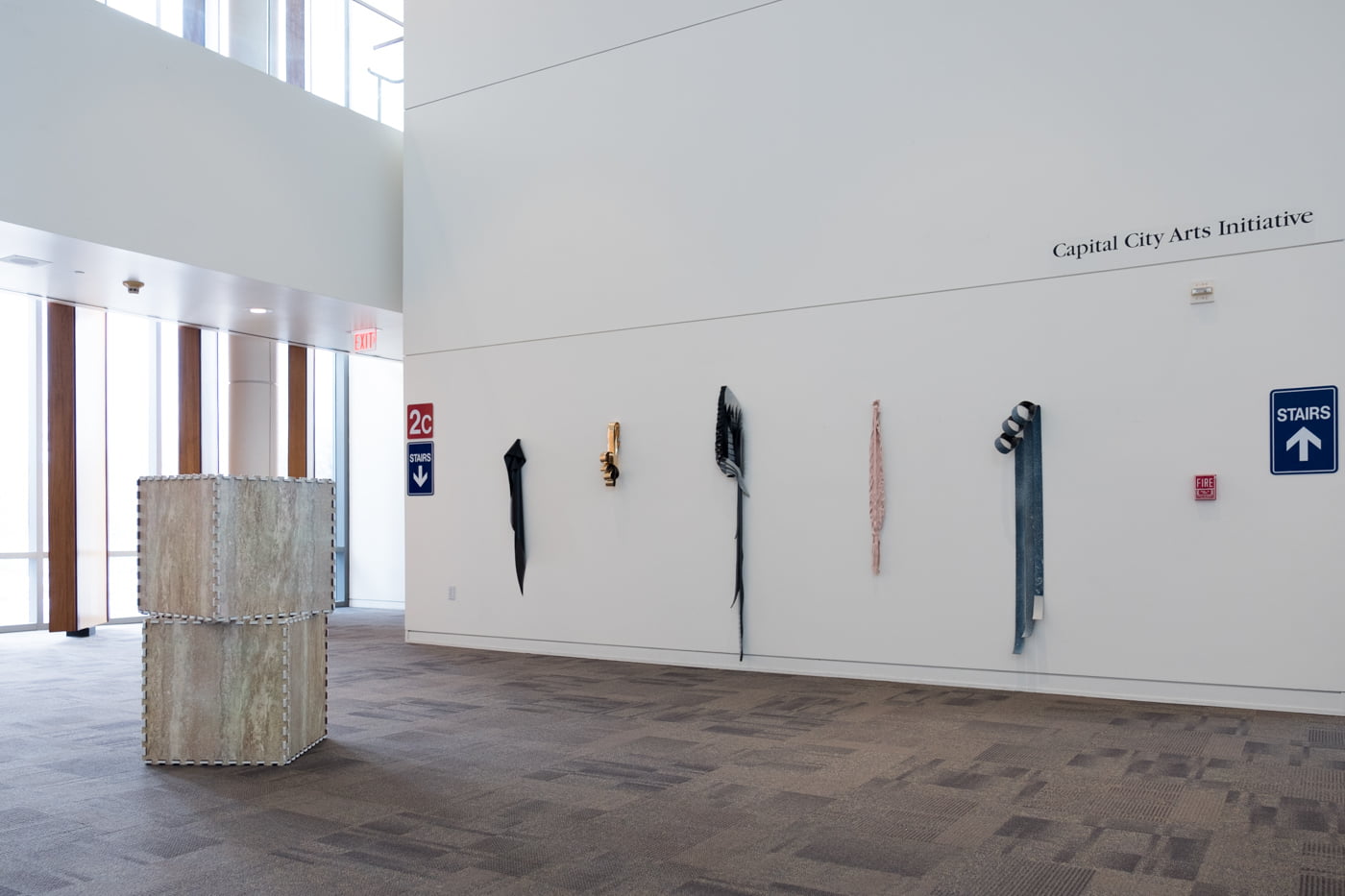 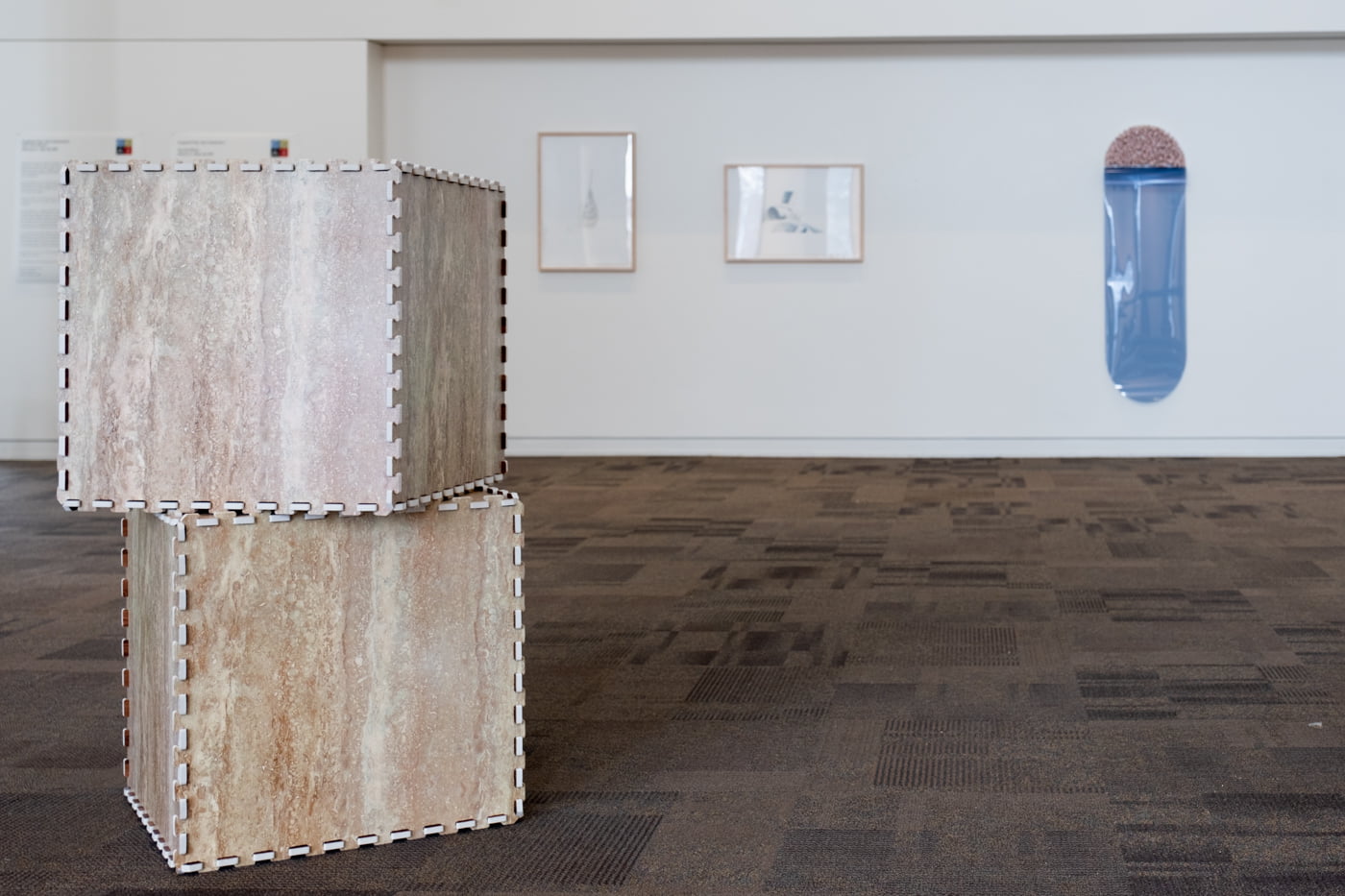 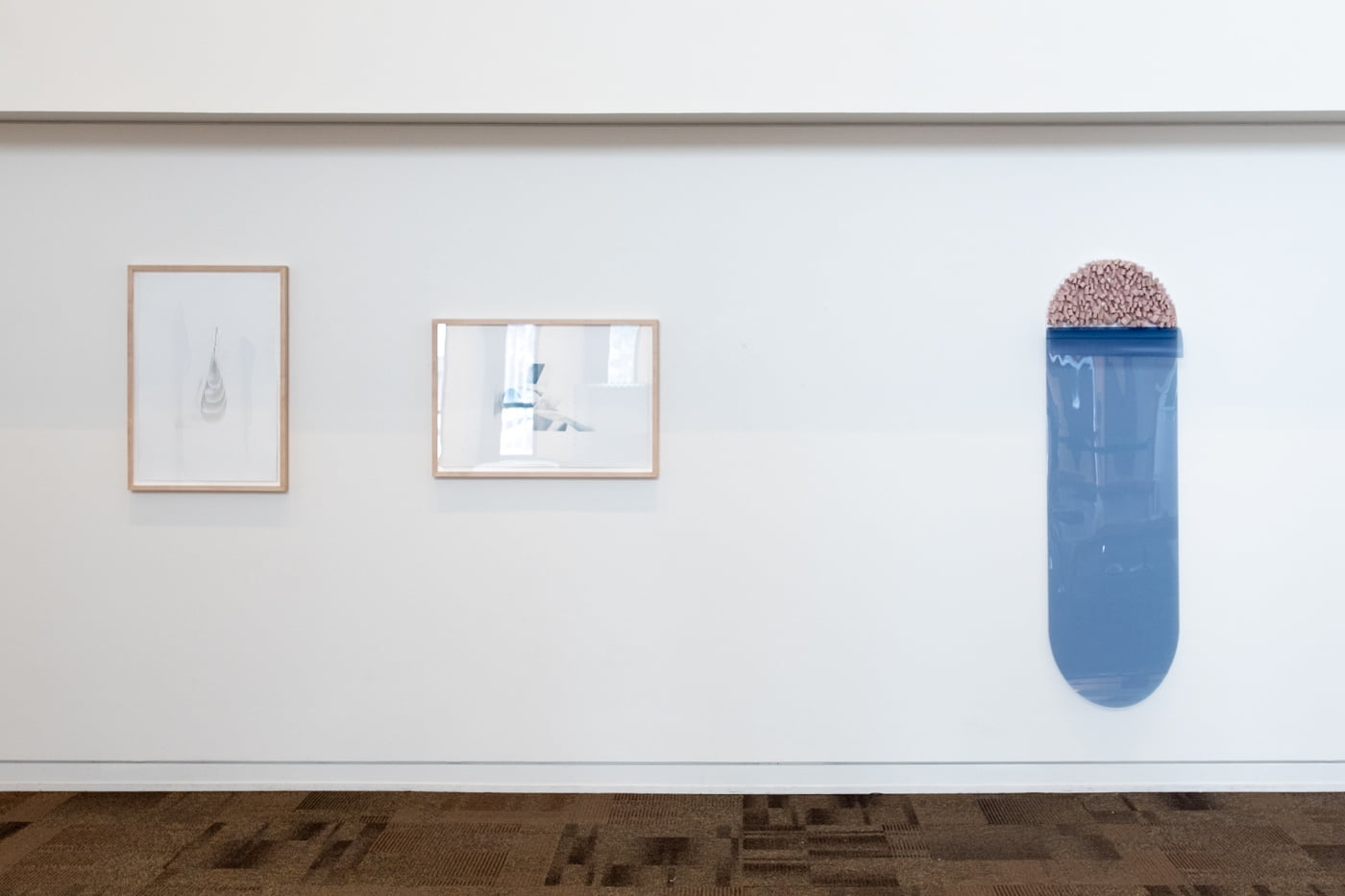 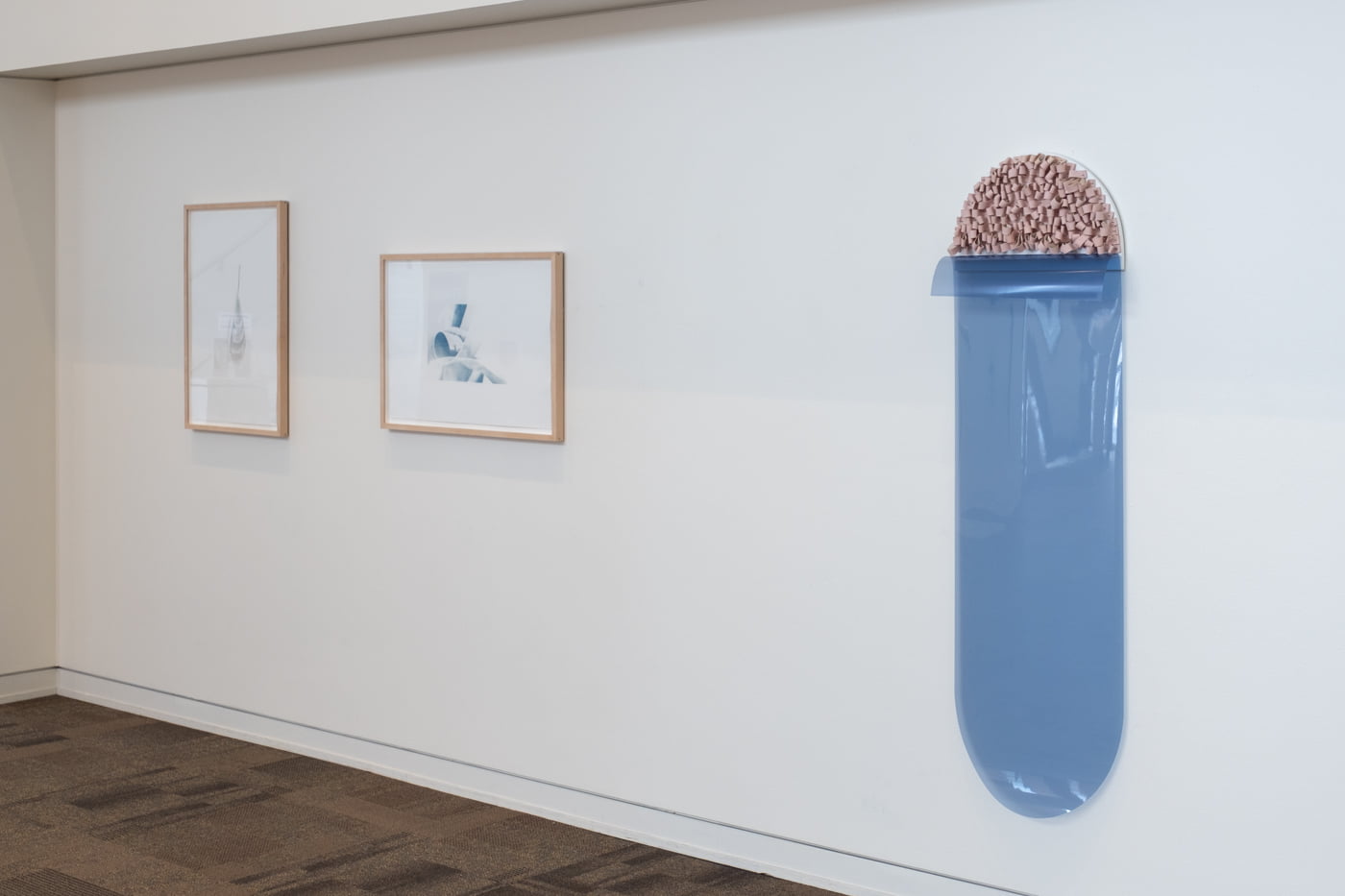 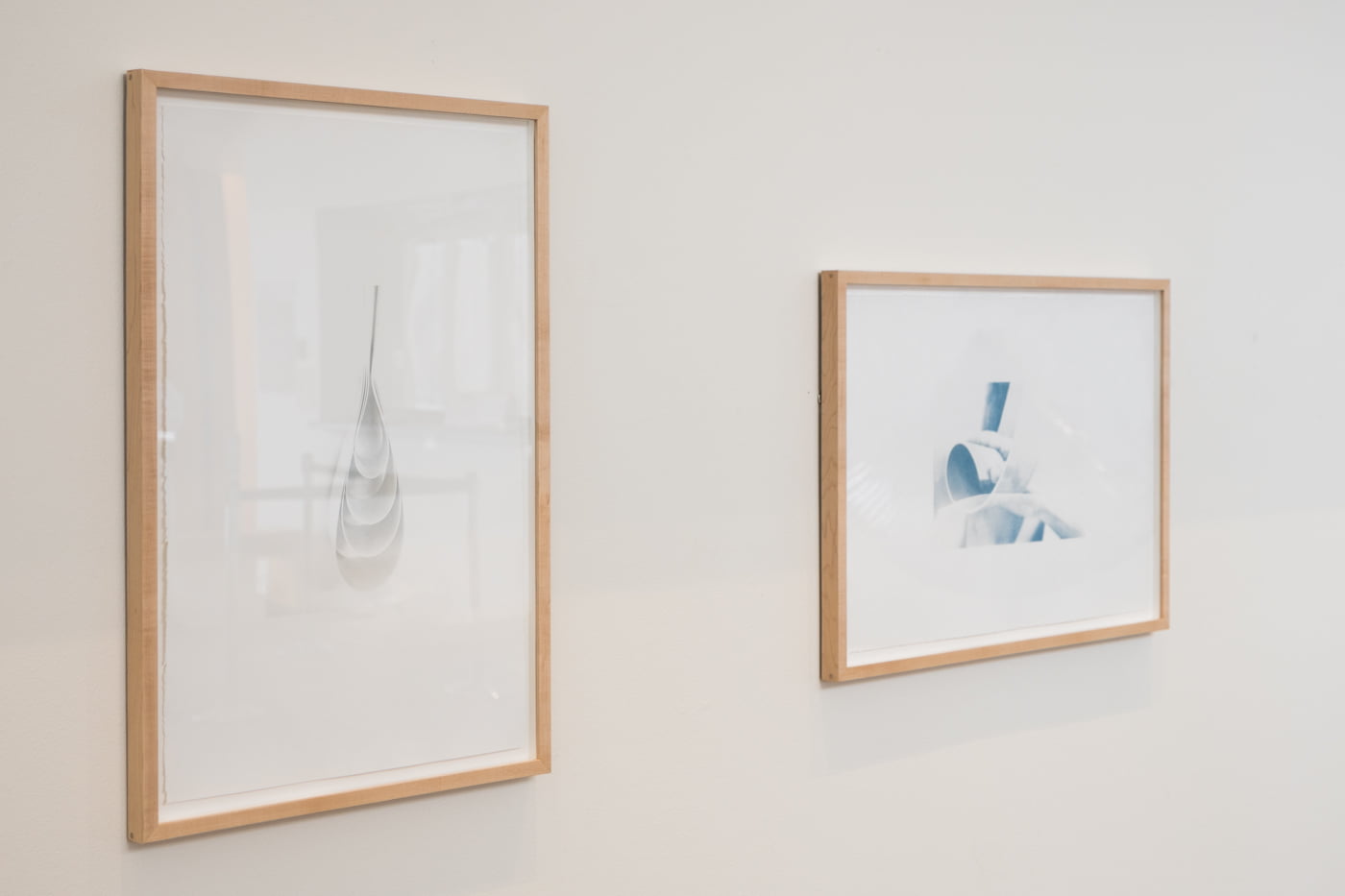 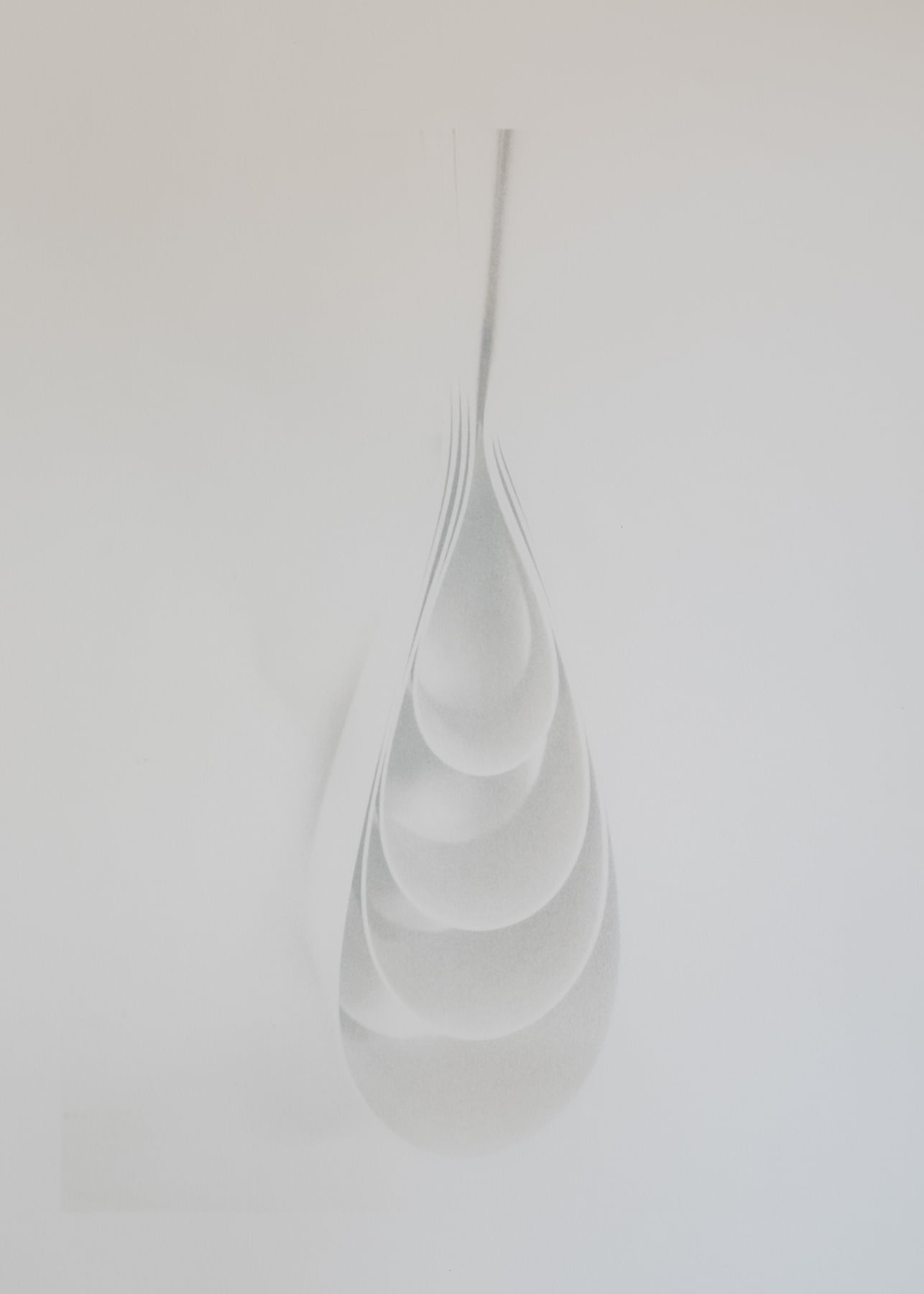 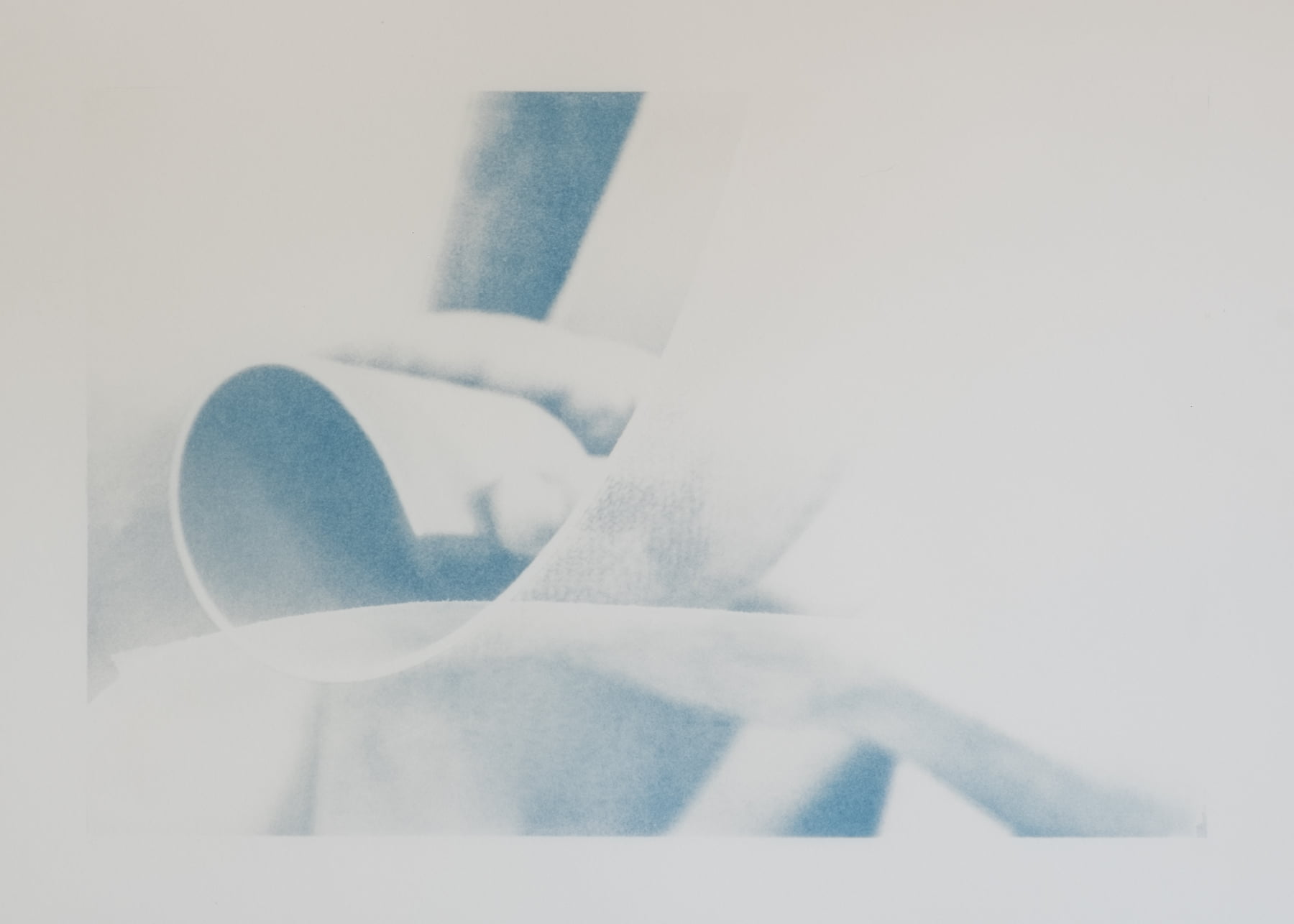 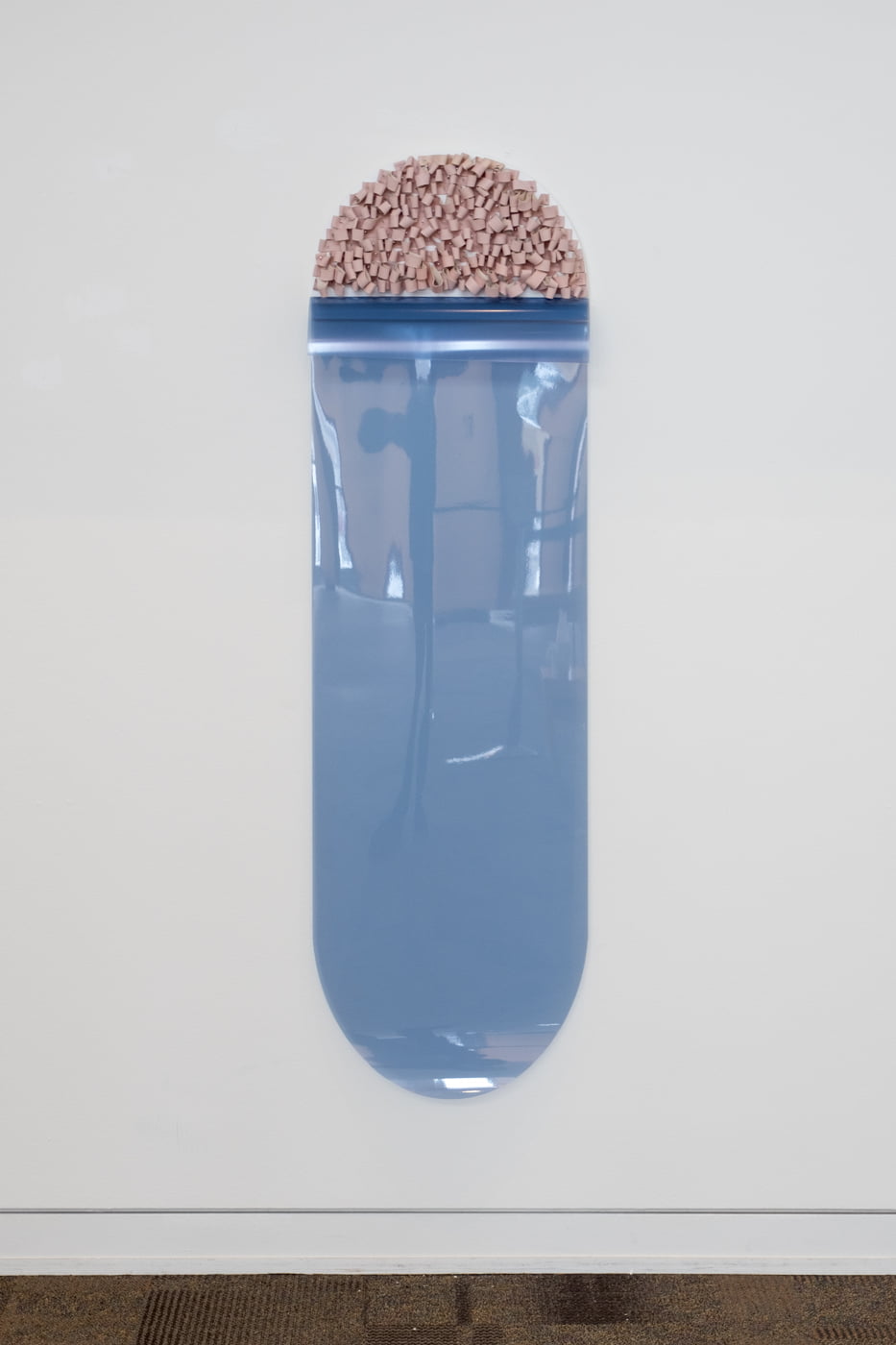 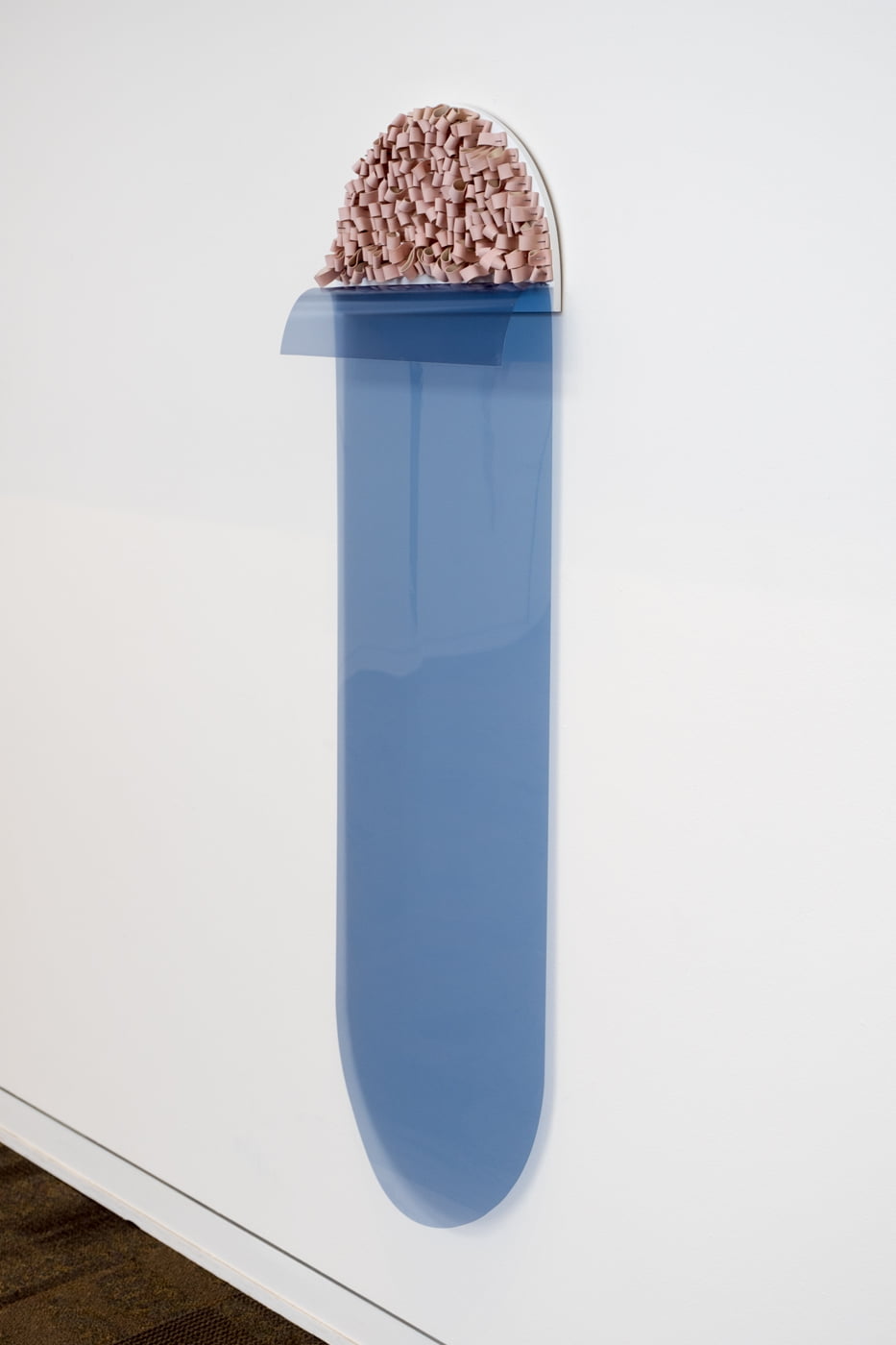 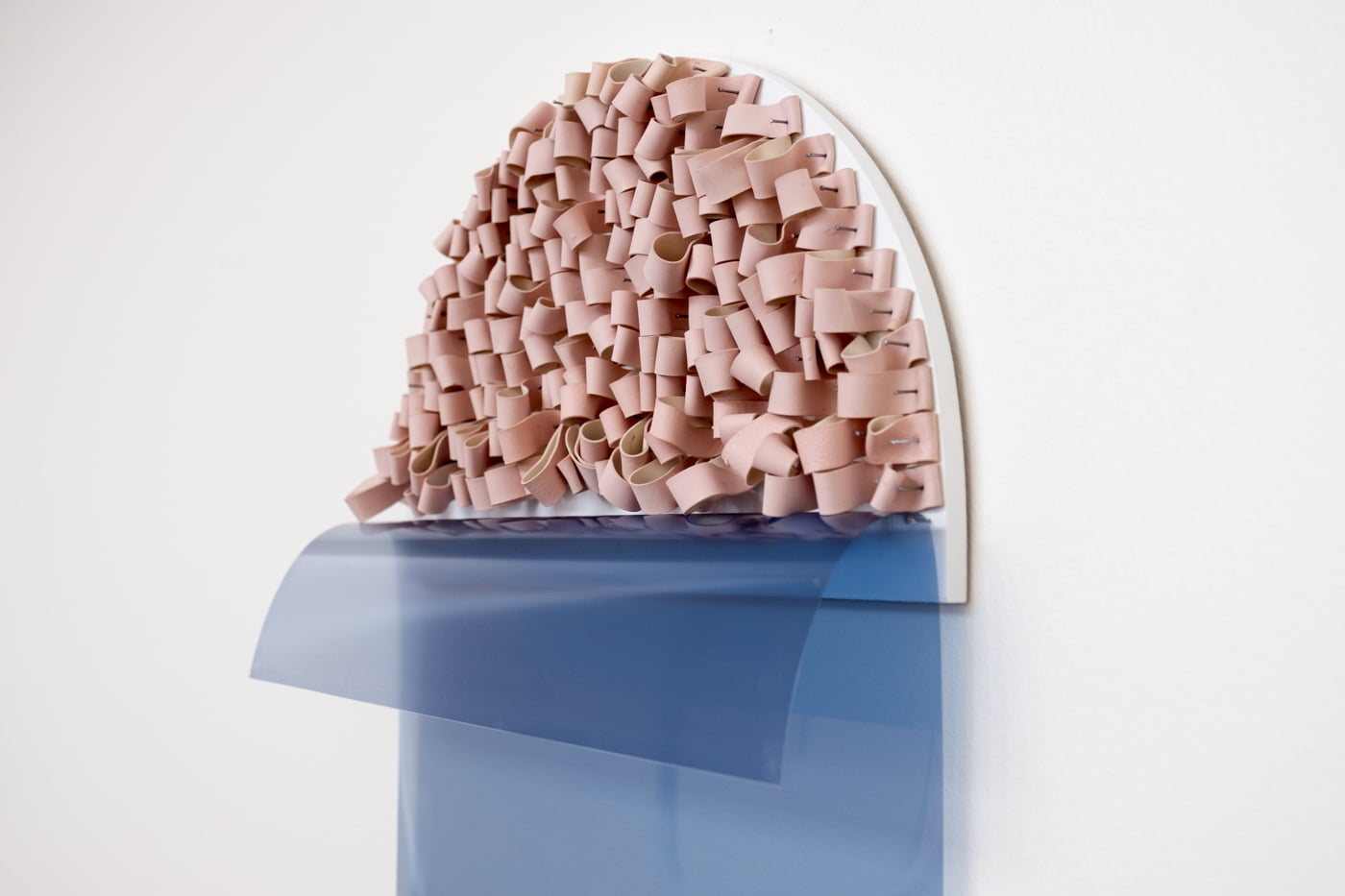 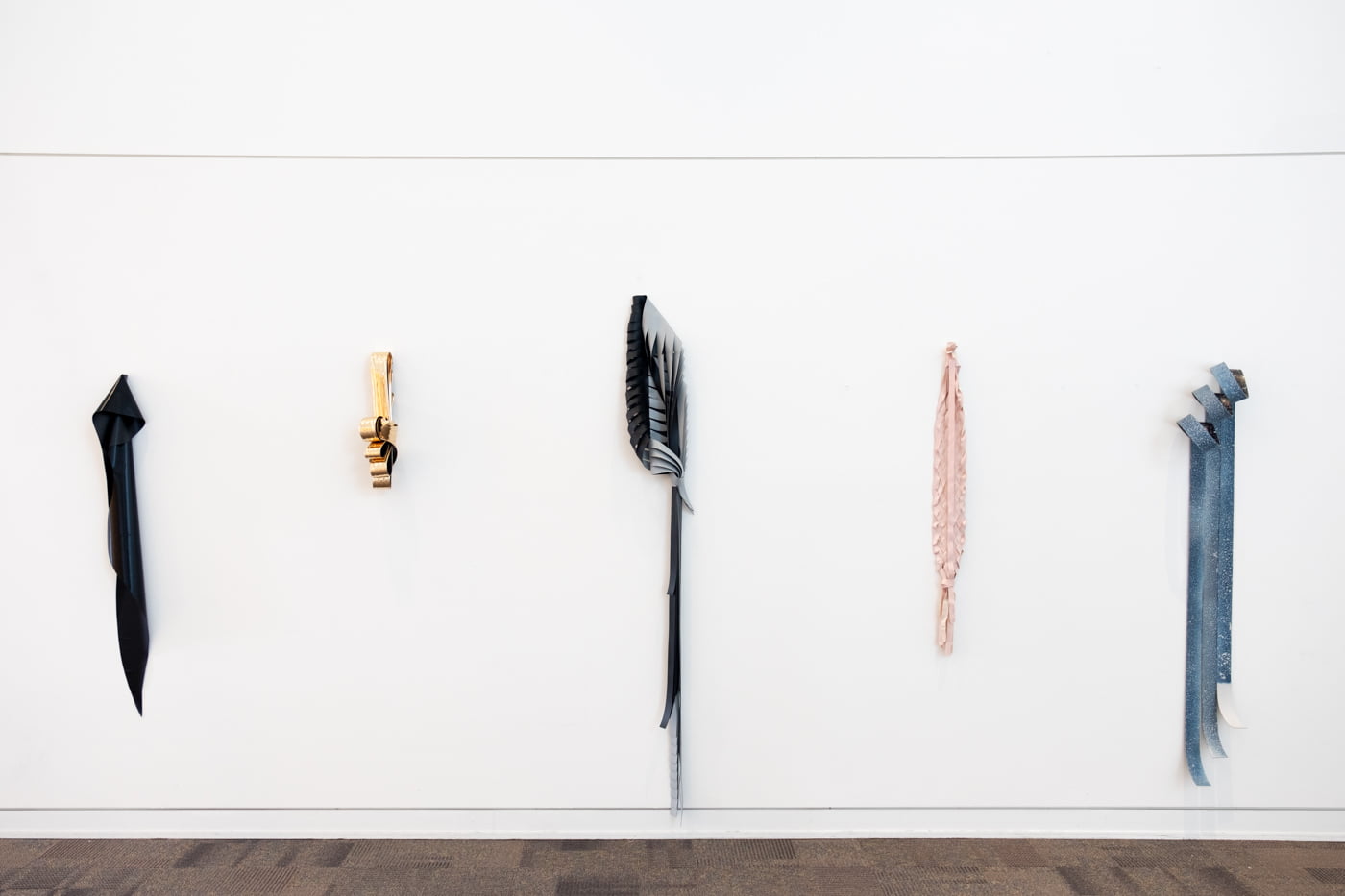 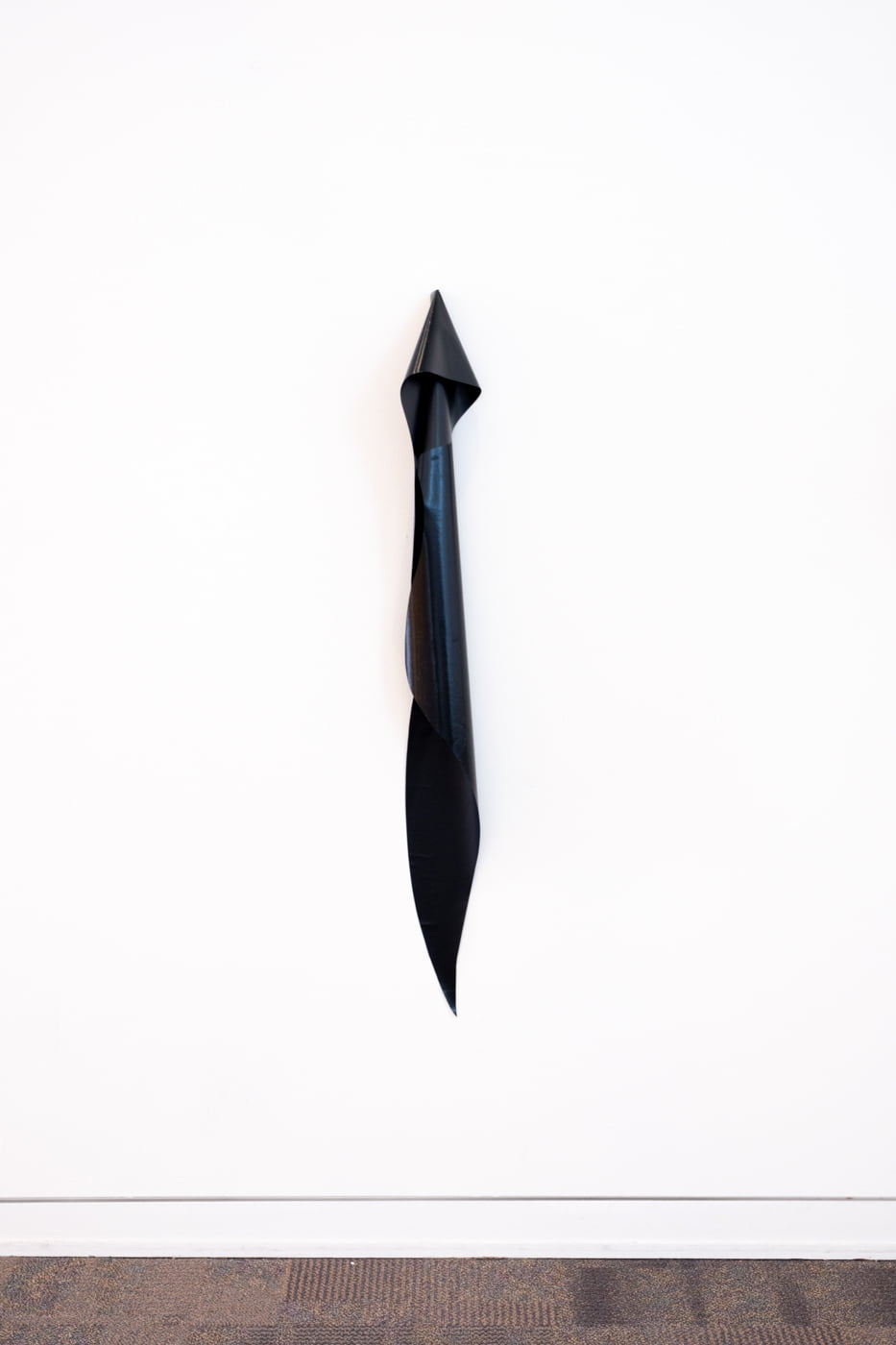 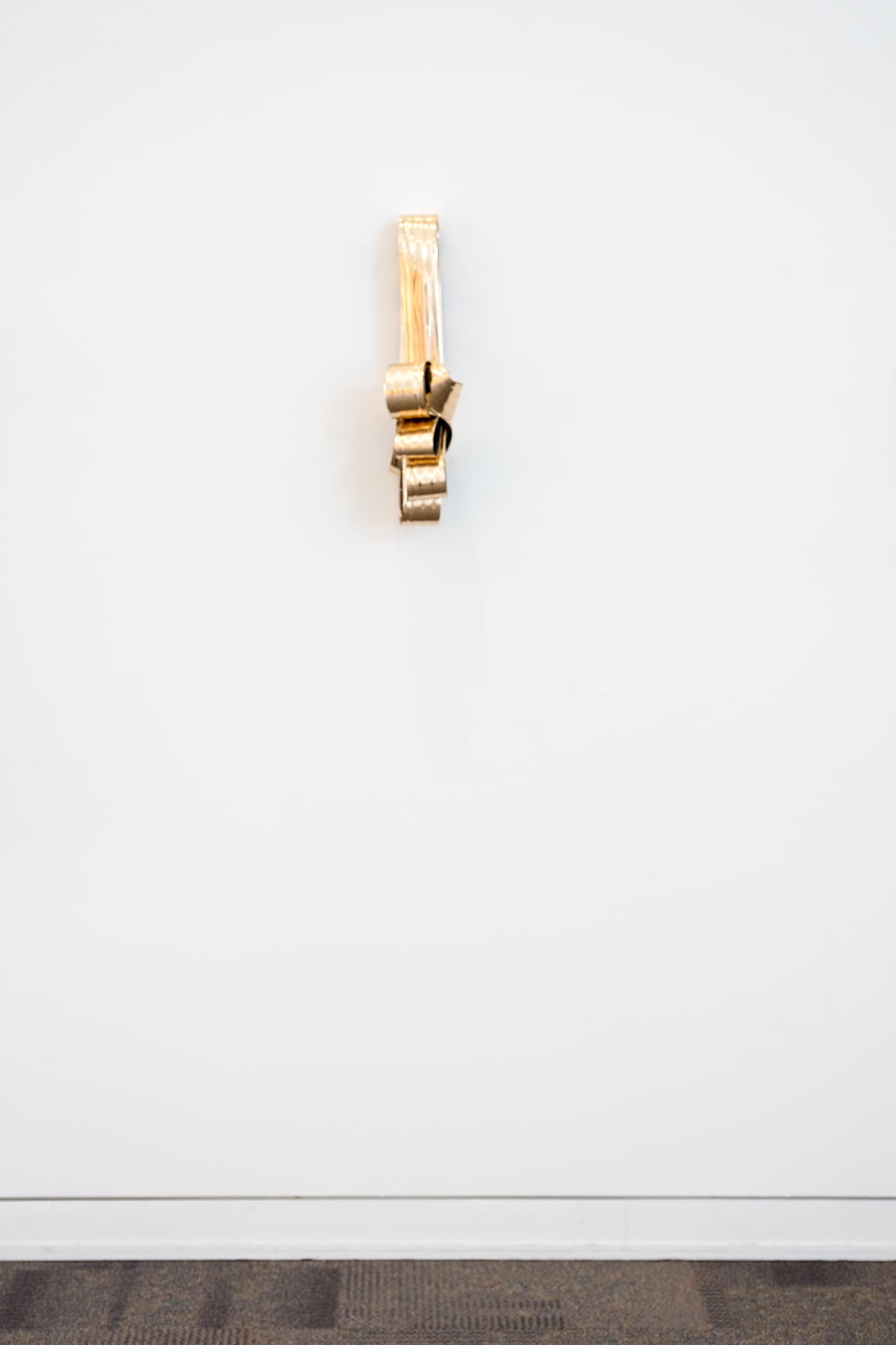 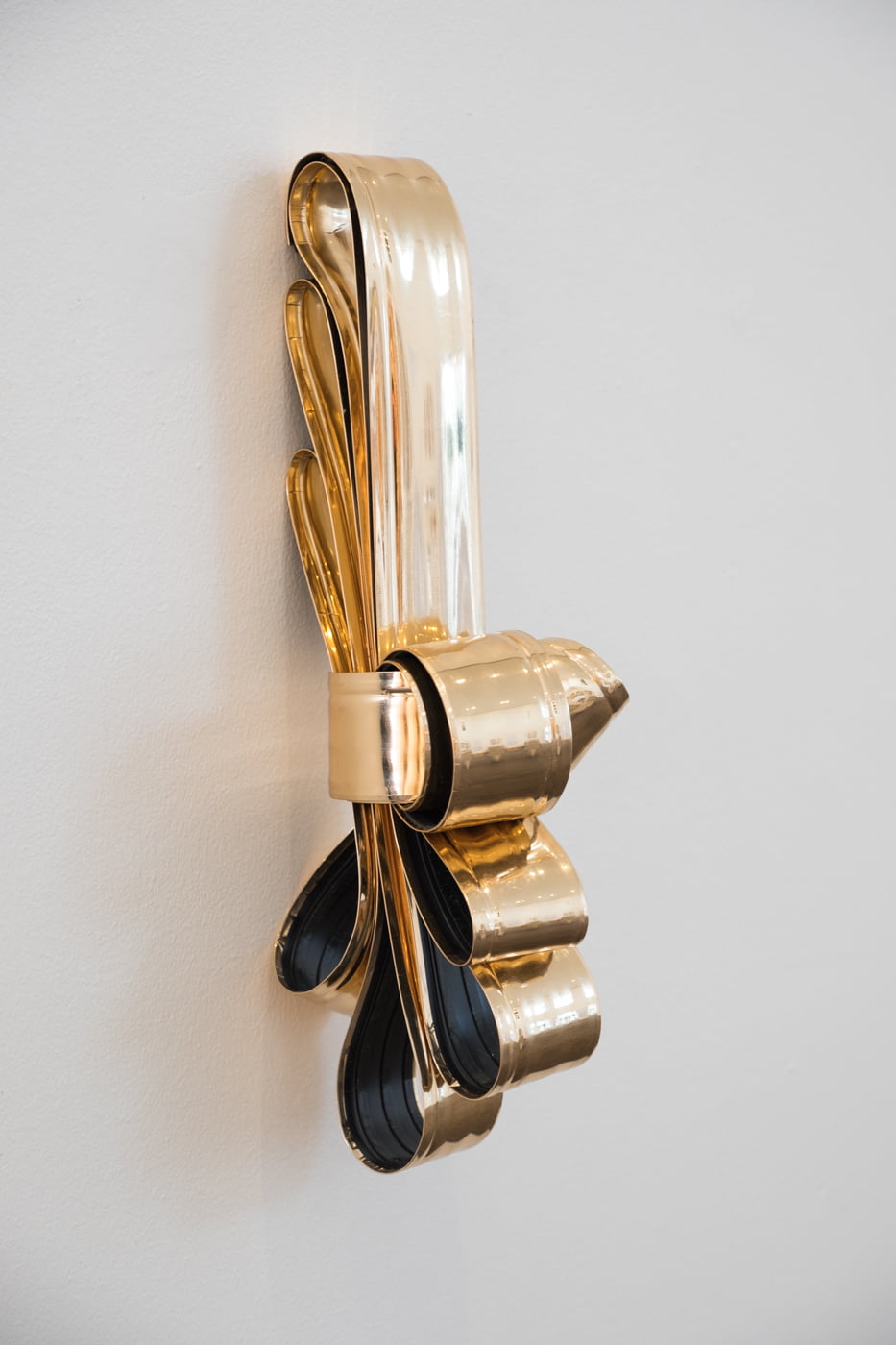 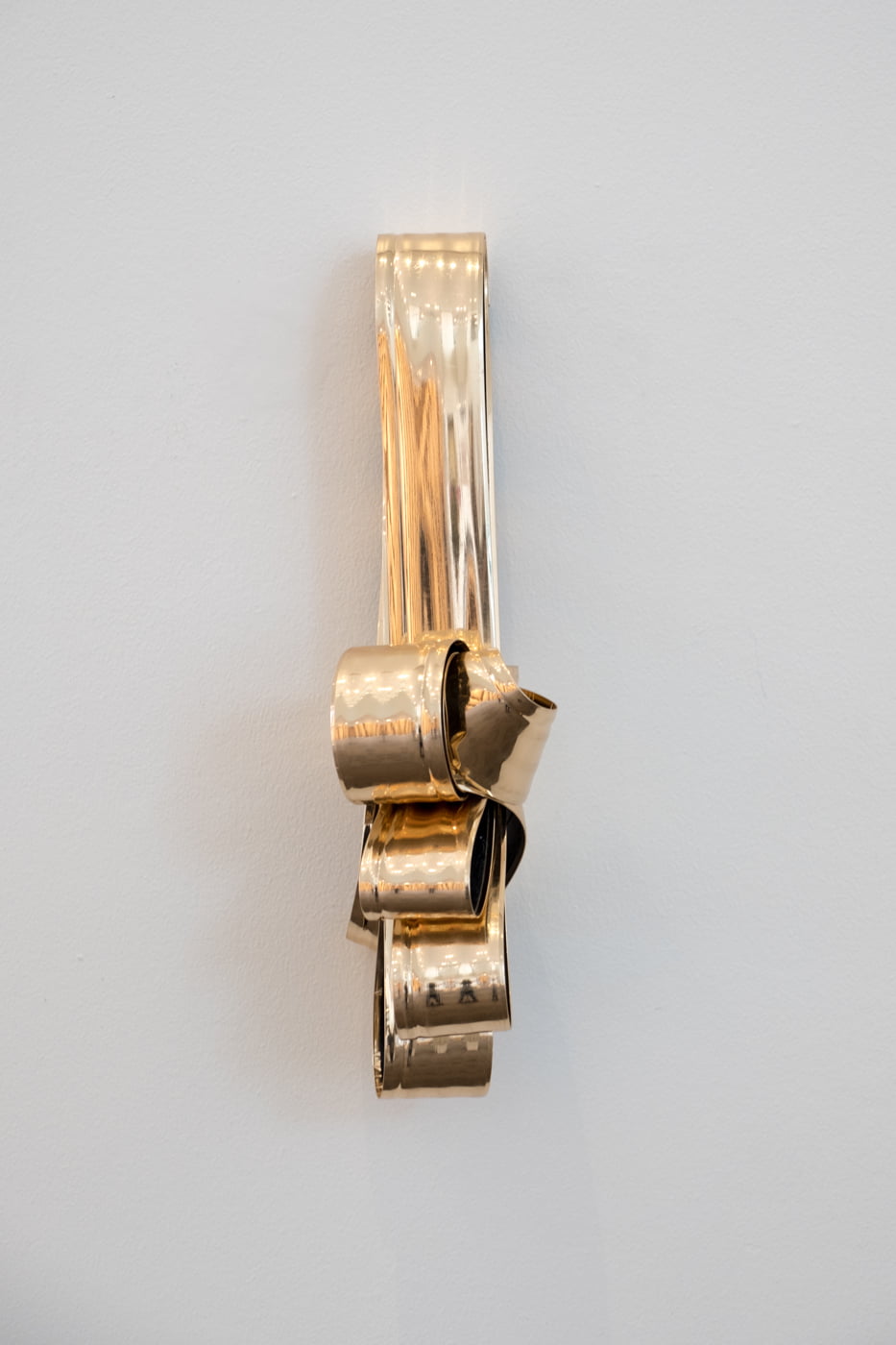 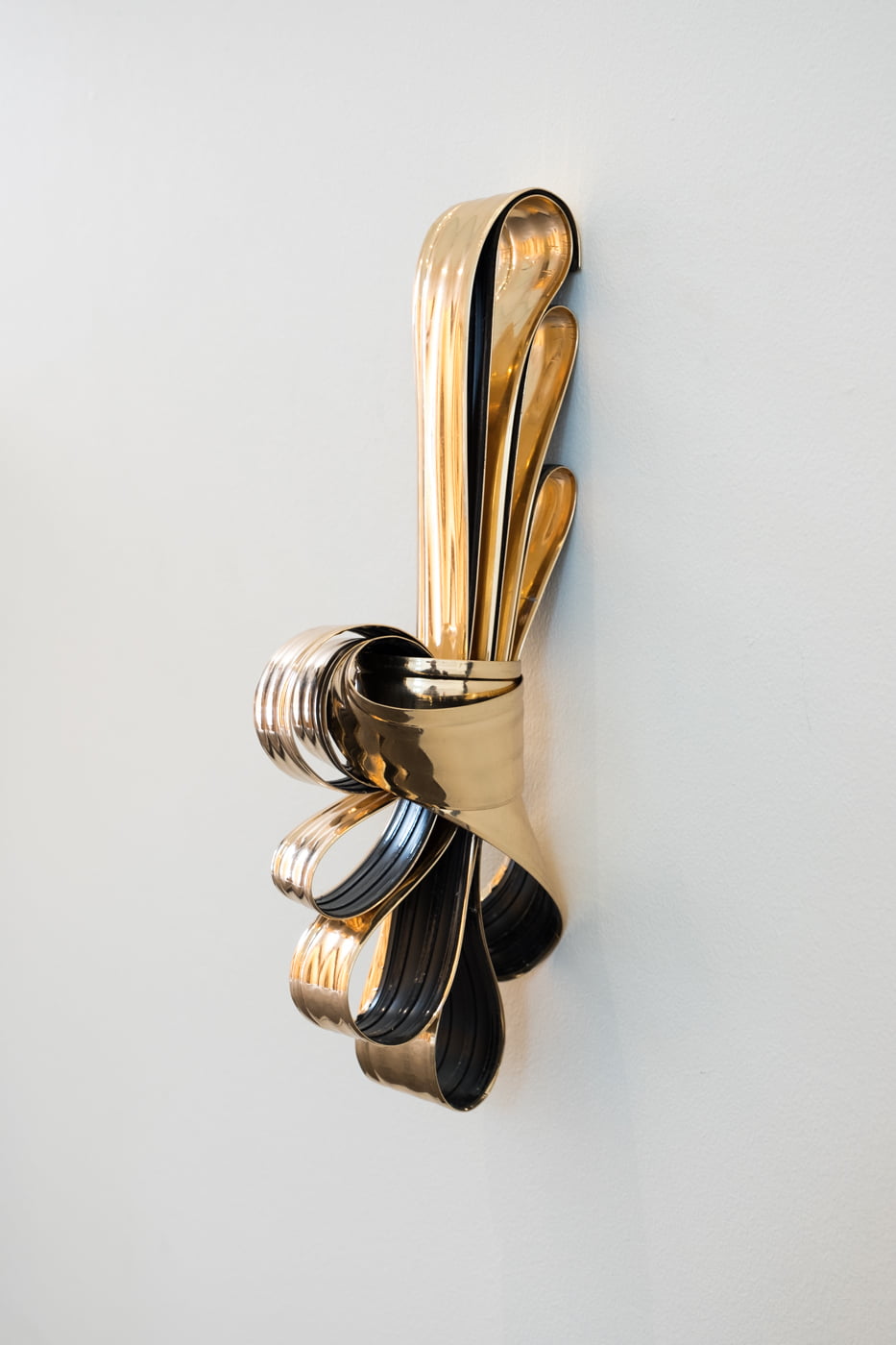 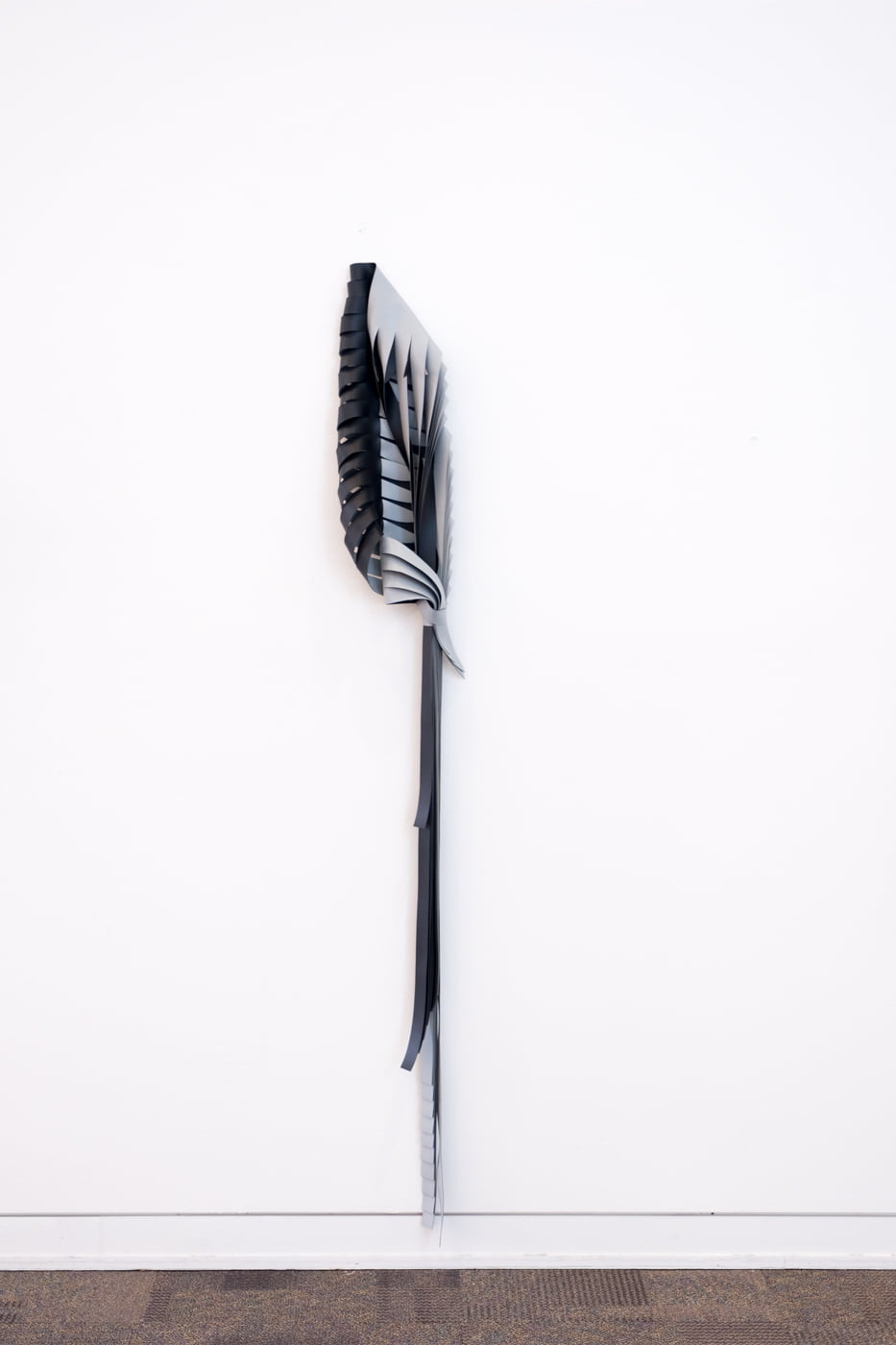 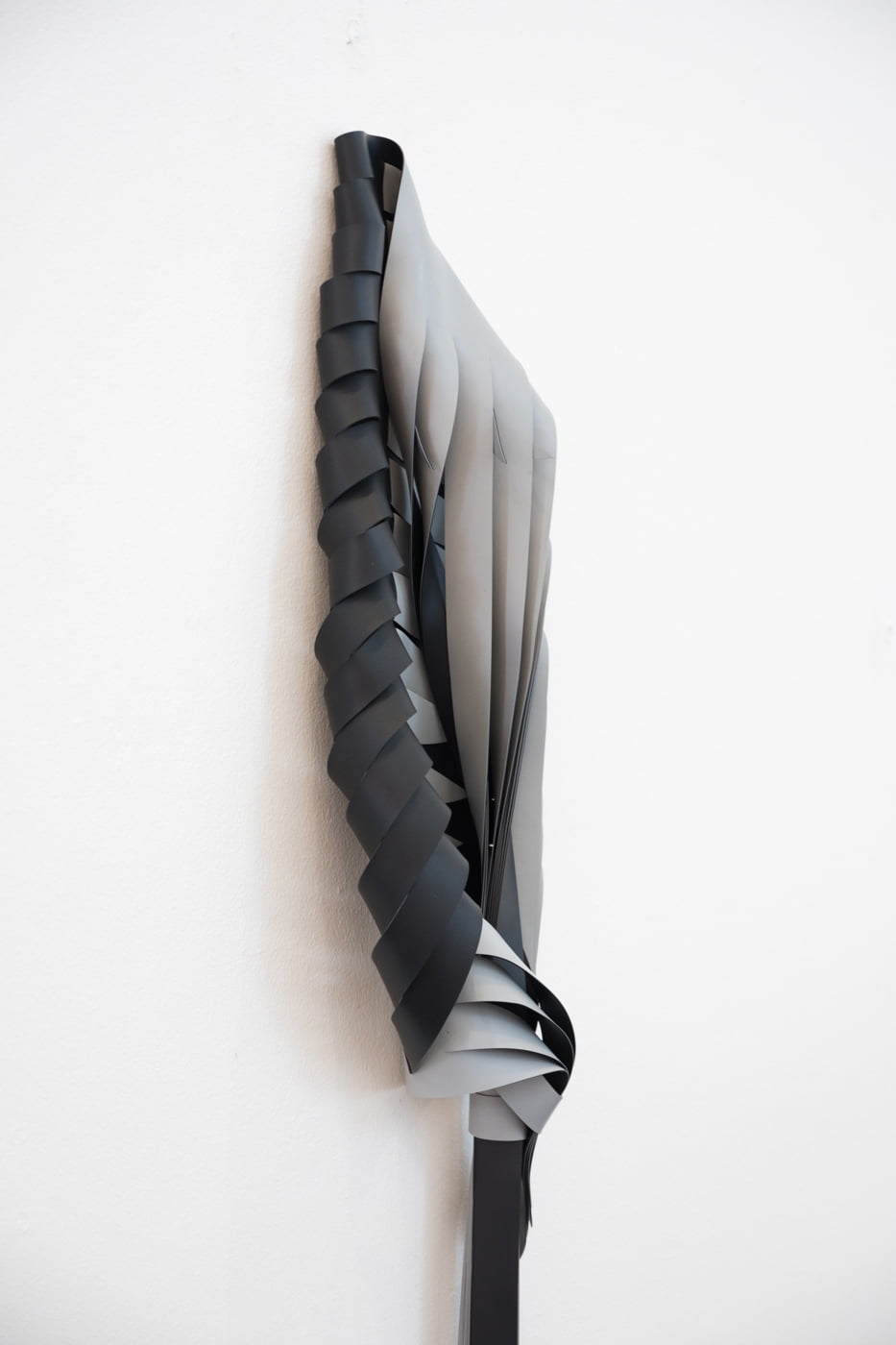 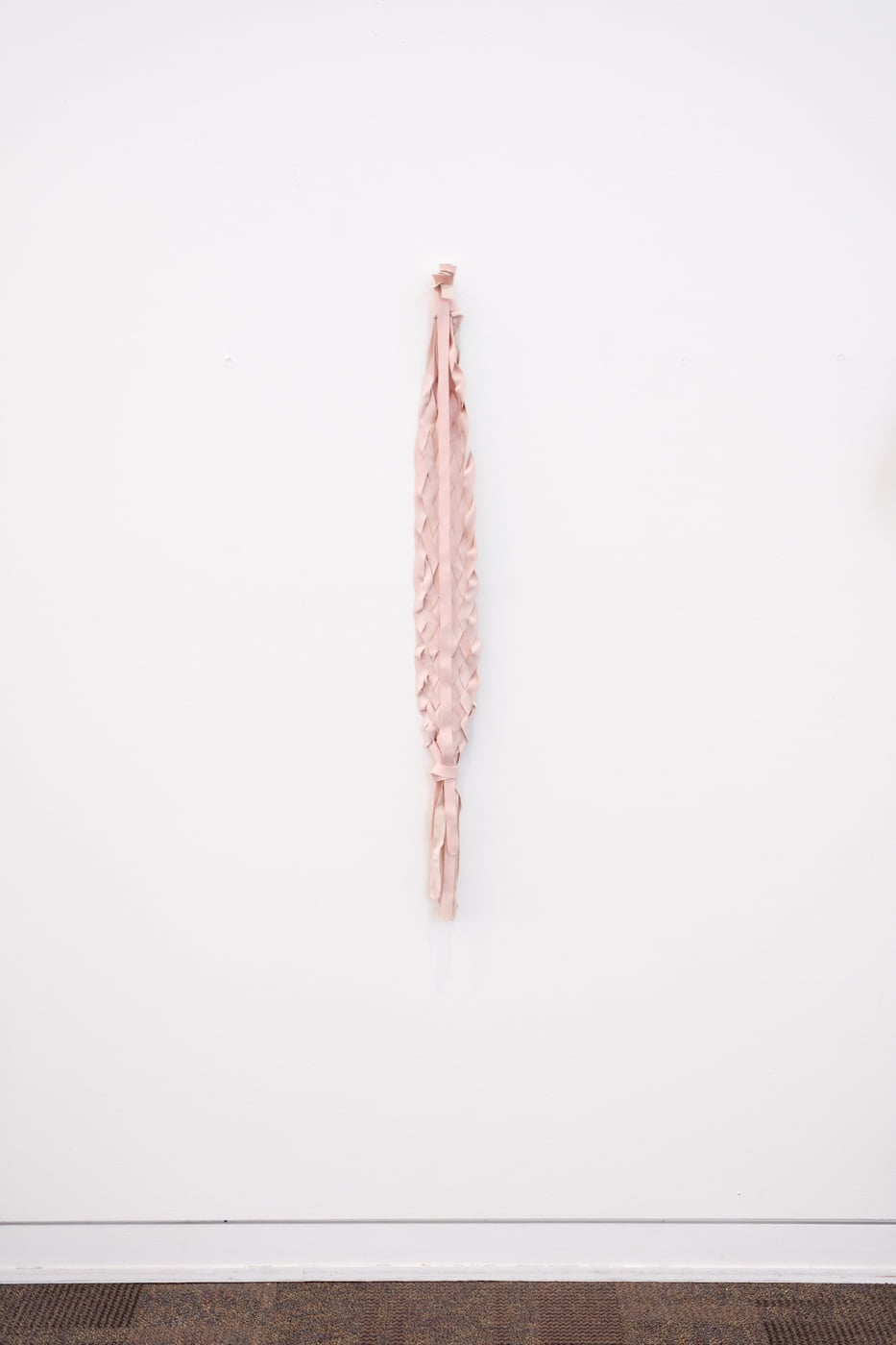 A braid is just a braid 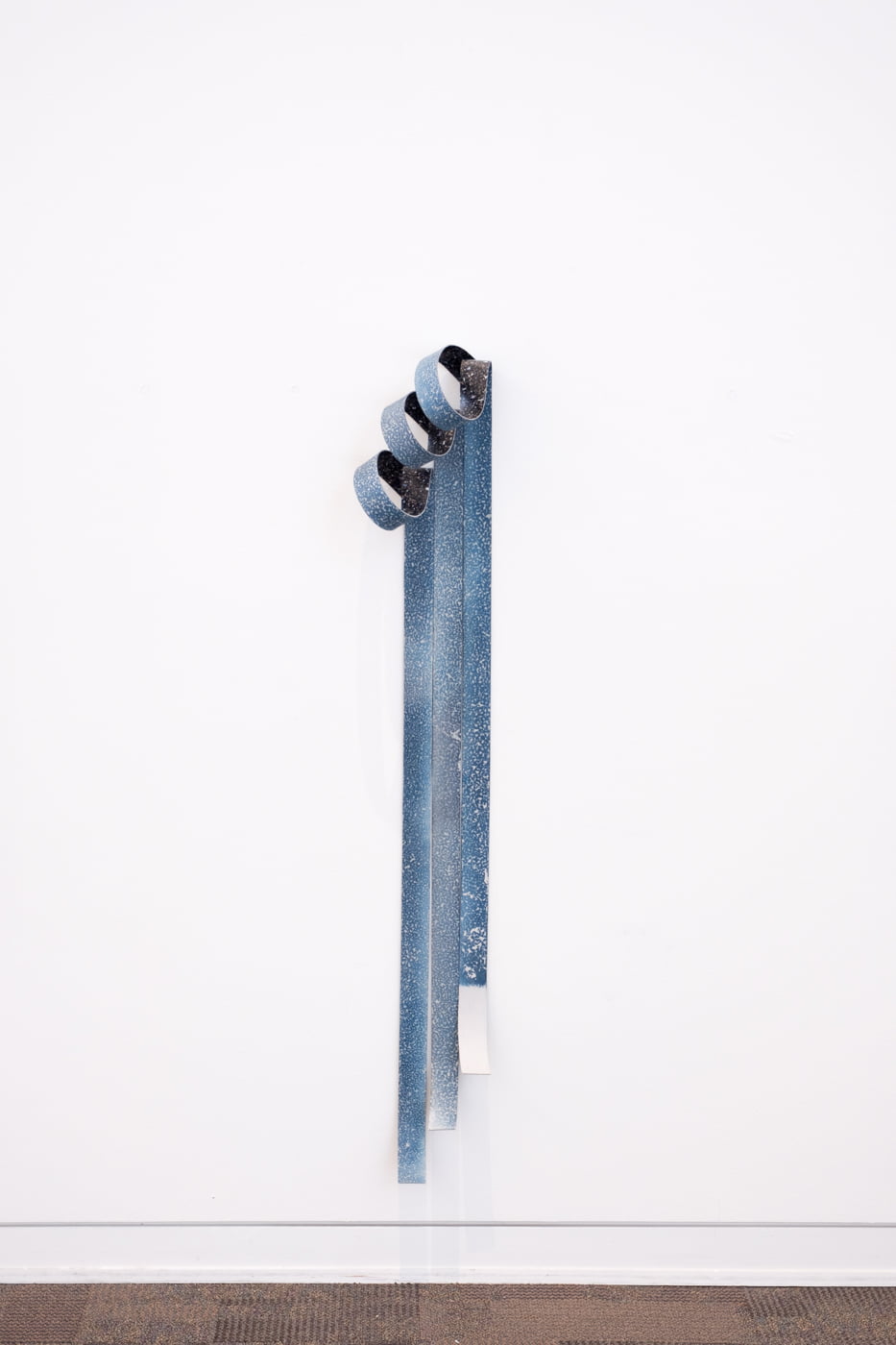 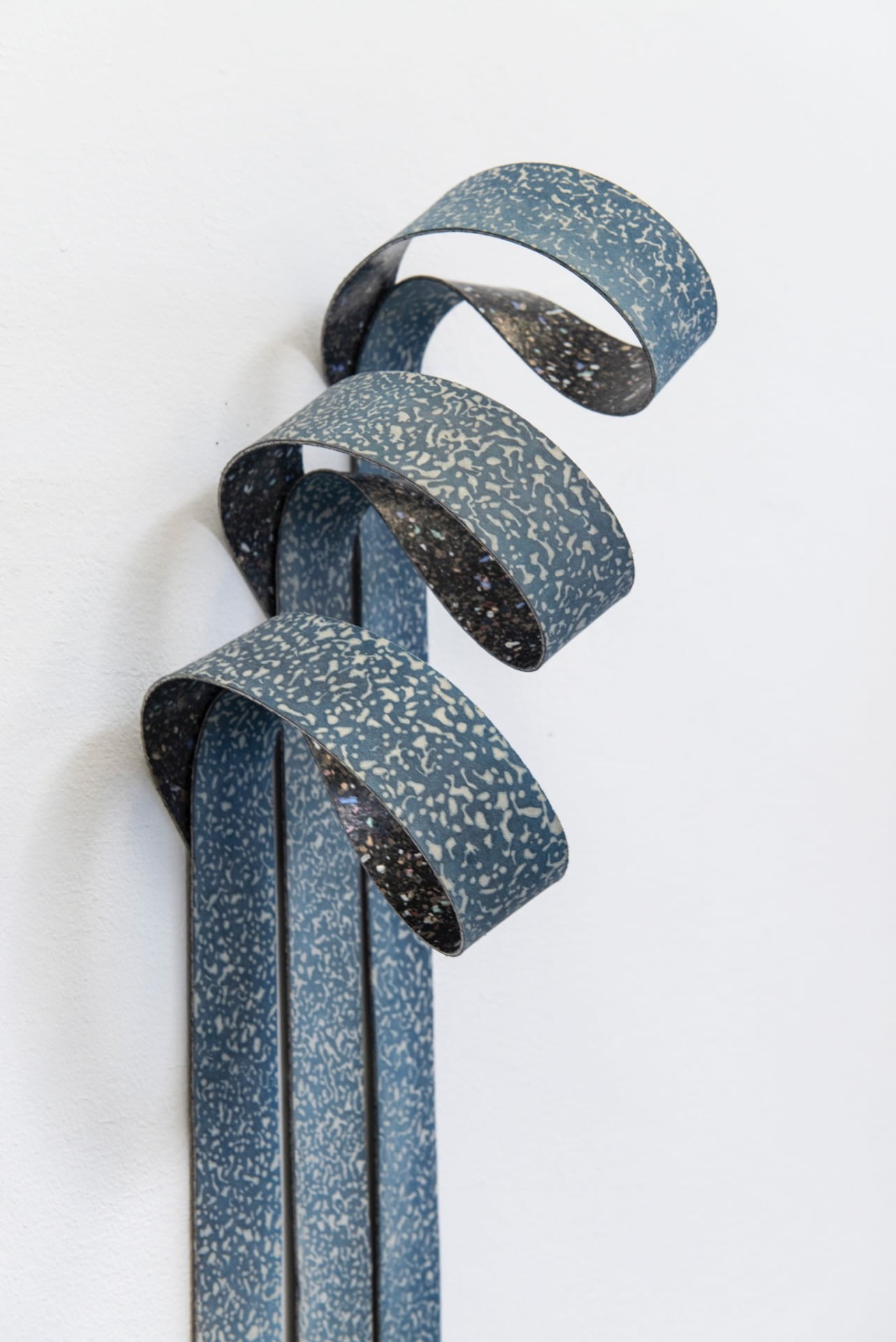 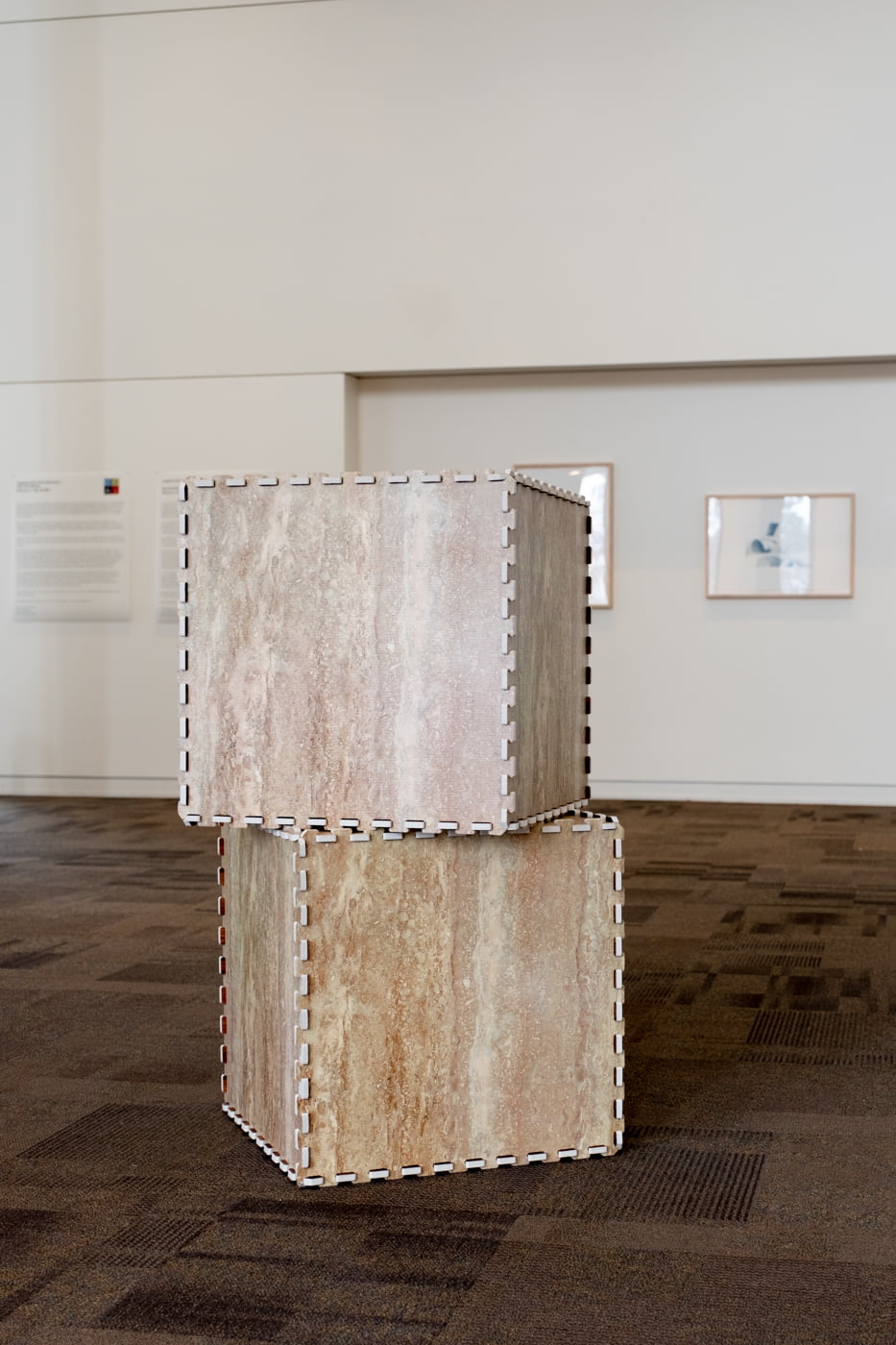 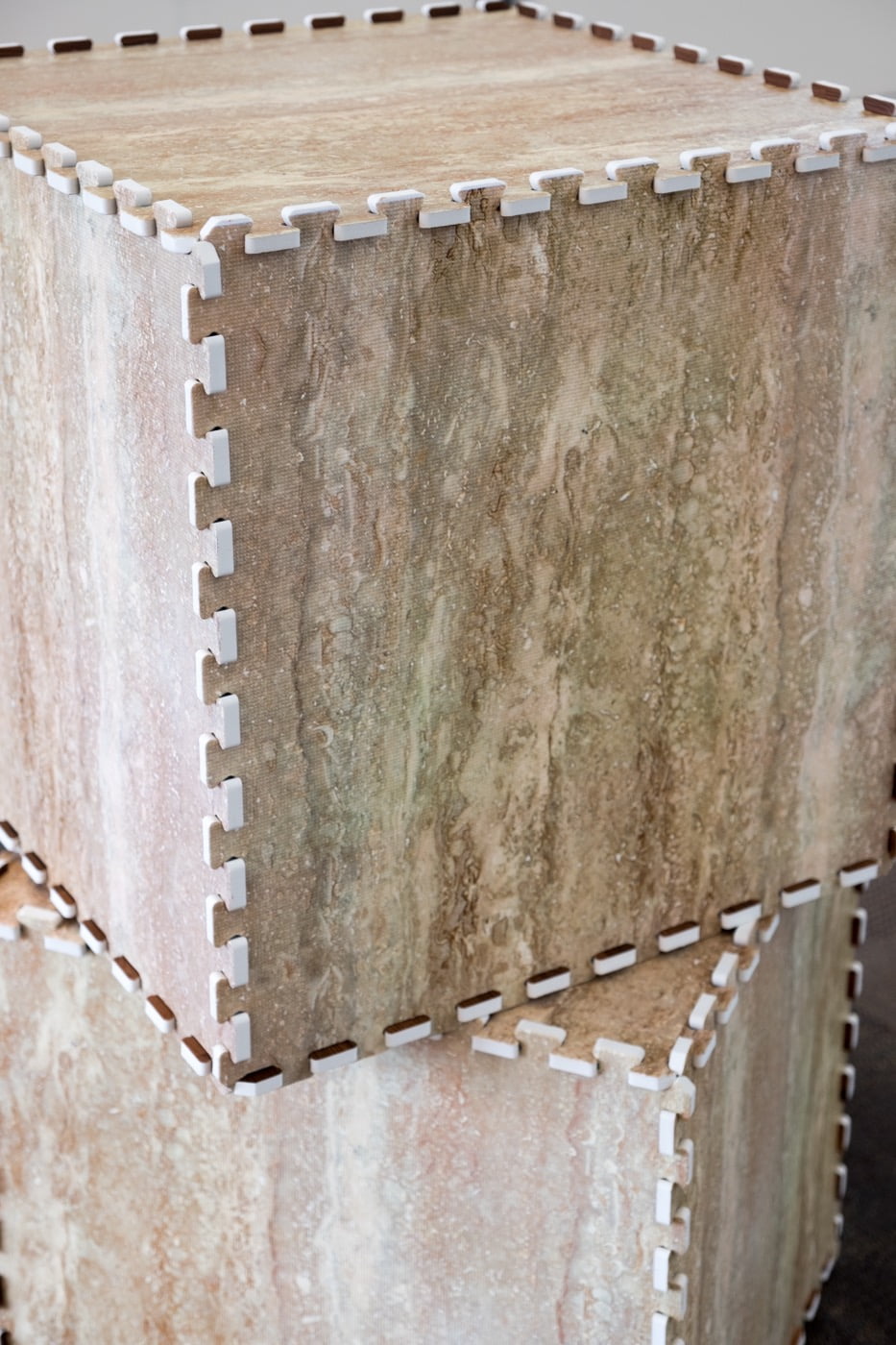 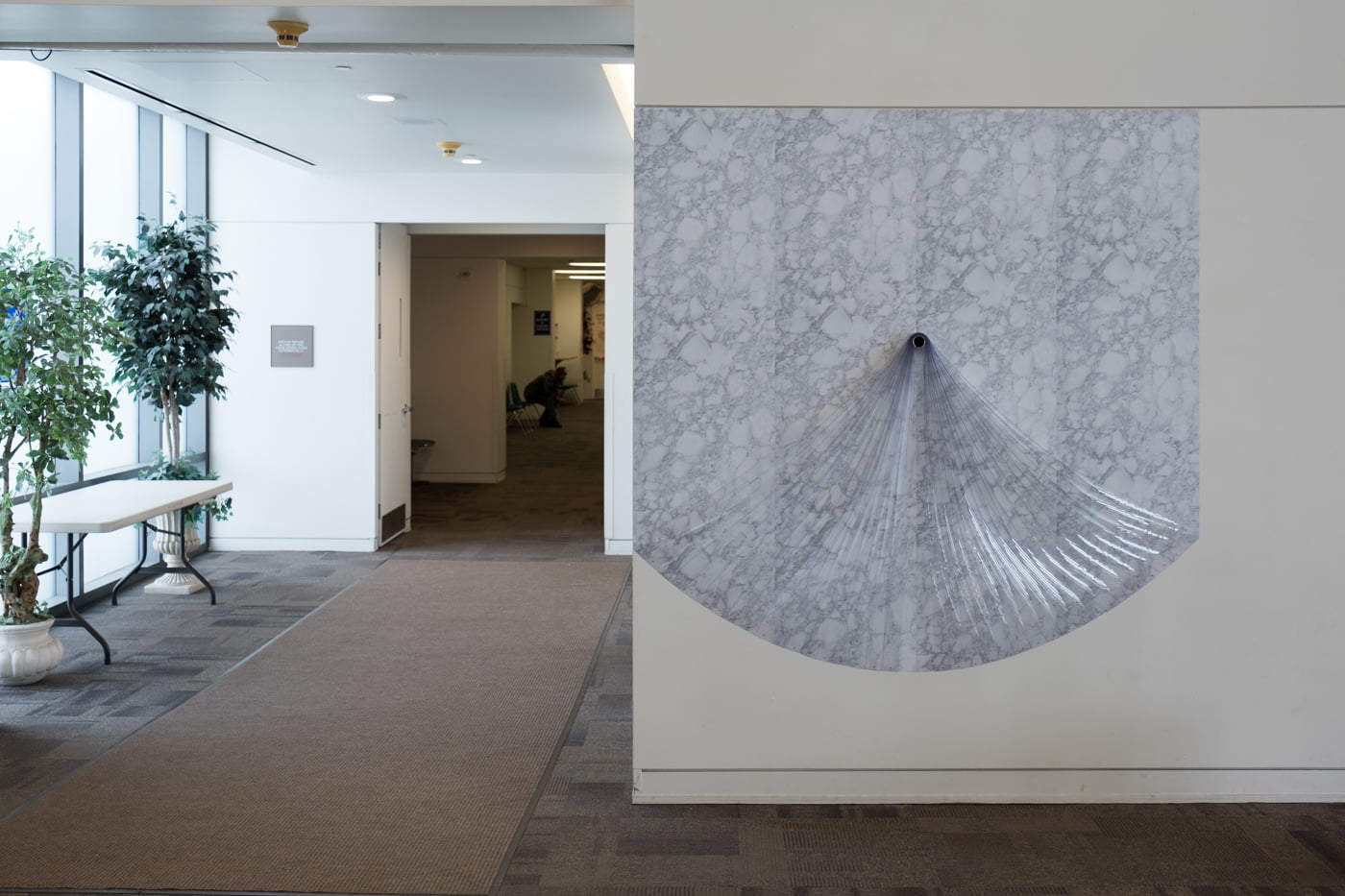 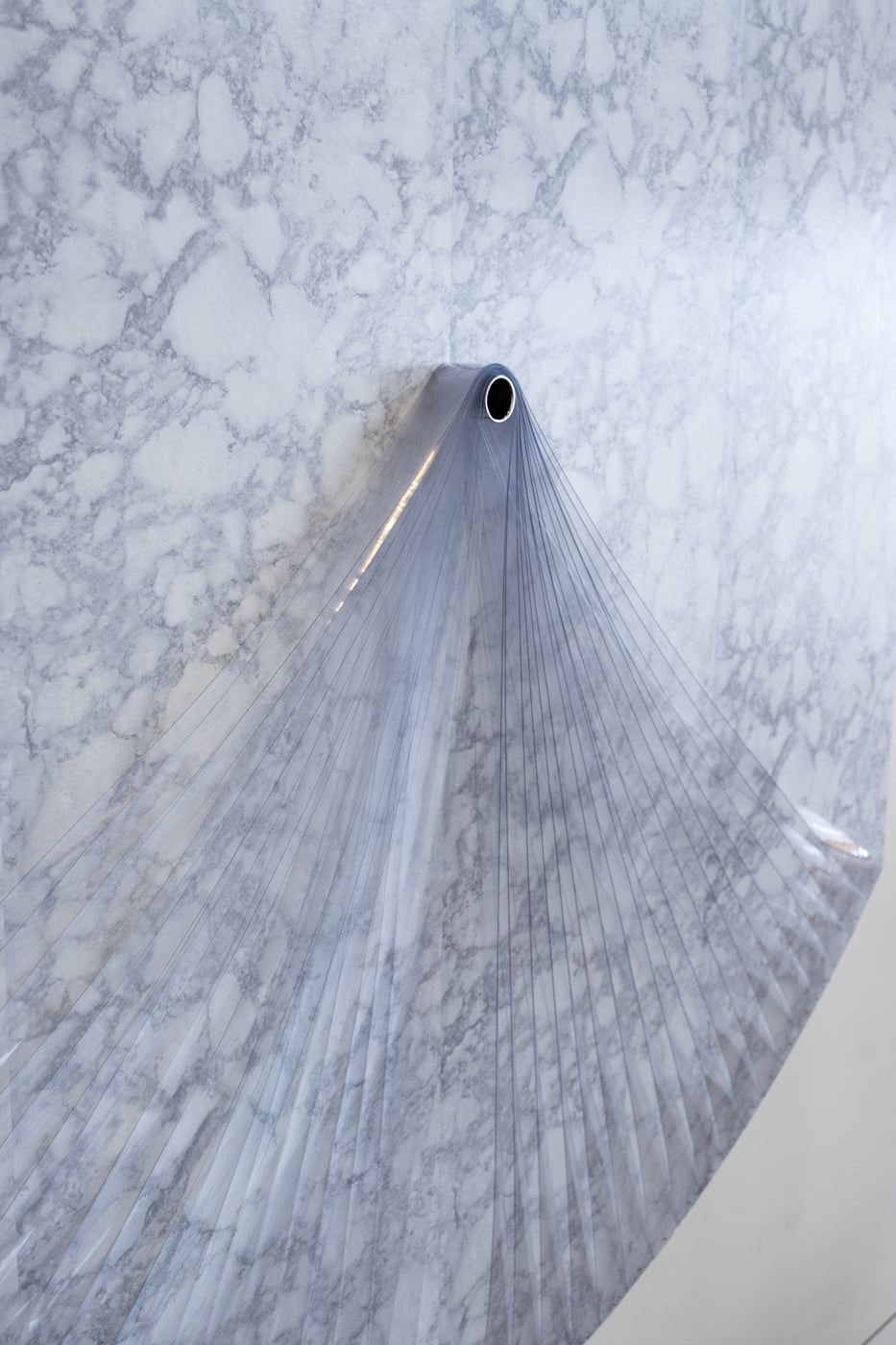 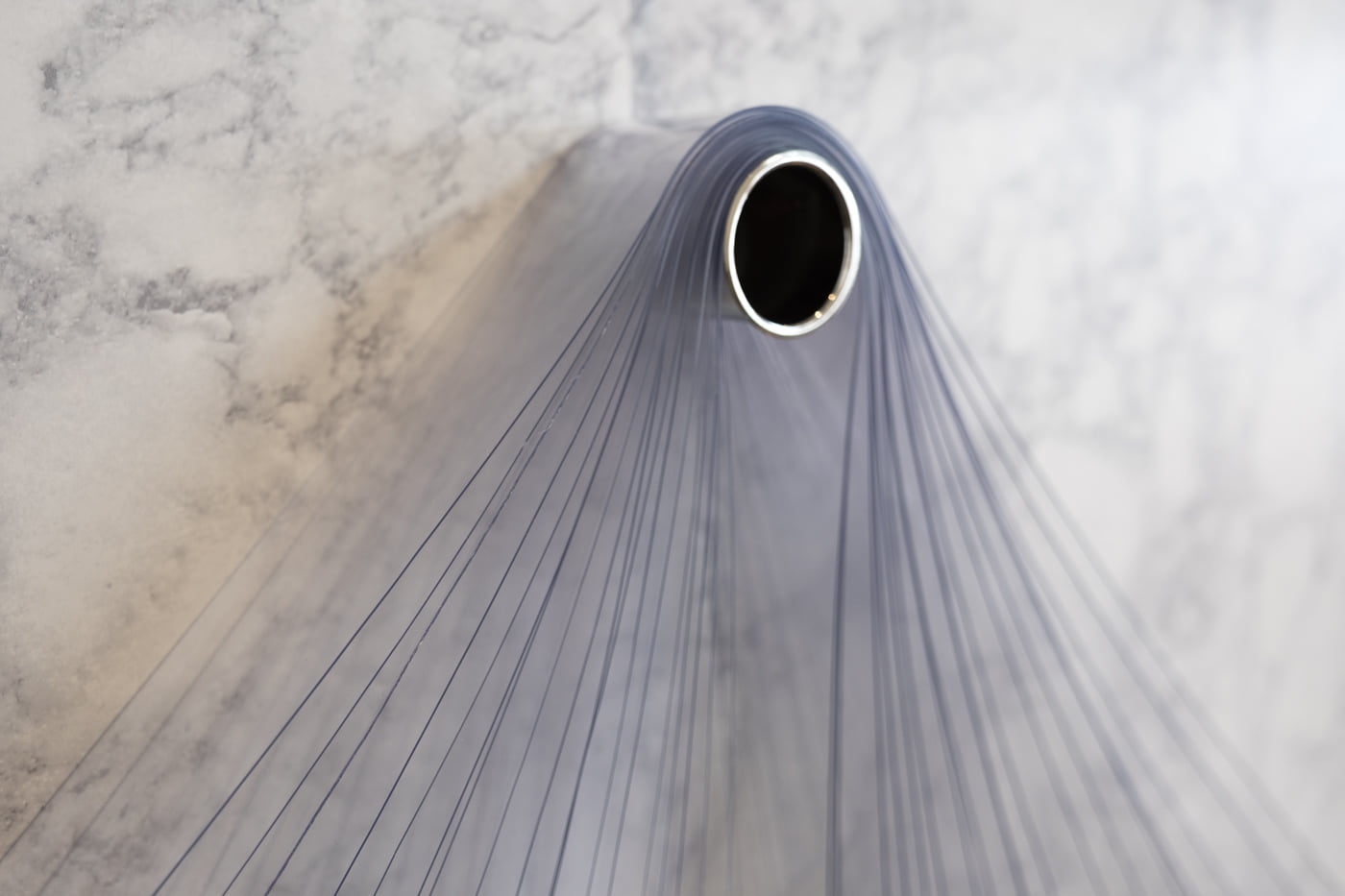