In the wake of an eclipse, where light is blocked by the passage of material, exists the penumbra: the partial shadow of that obscured light around a given form. As philosopher Anne Dufourmantelle articulated in her last passages, penumbra exalts a sense of gentleness:

Gentleness connects the spiritual and the material, the most subjective intention and the world’s most objective intrusion, intelligence and ignorance, one and the other. It sews the world together like a poem that pulls back the folds of reality but without reconciling them.

— Power of Gentleness, Meditations on the Risk of Living, 2018

Svea Ferguson’s sculptures expand the potential of their given material properties: what is to exist as a ground, she is able to make drape in folds, suspending the way light moves with subtle layering of form to control its opacity, density, and weight. Her sculptures remain familiar, but are entrancing because of her use of scale in relation to our bodies, the specific architectural spaces the work is sited within, and in the way the works are given care. Contraindicating the intended purposes of vinyl and industrial textiles, hand-cut into expansive arrays, exposed suspended nettings, carefully feathered masses: Ferguson’s undulating forms are given a broad play and rich palette in the spaces of shadow.

Beginning as a simple quotidian substance, the works’ complex lines, textures, planes and confines, are gathered into a tensile colloquy that is representative of the strength and connection of gentleness. The works of Penumbra have the potentiality of both creative and destructive forces found within Catherine Malabou’s description of plasticity, in giving and receiving of form, but unlike classical sculpture, cannot be foreseen. 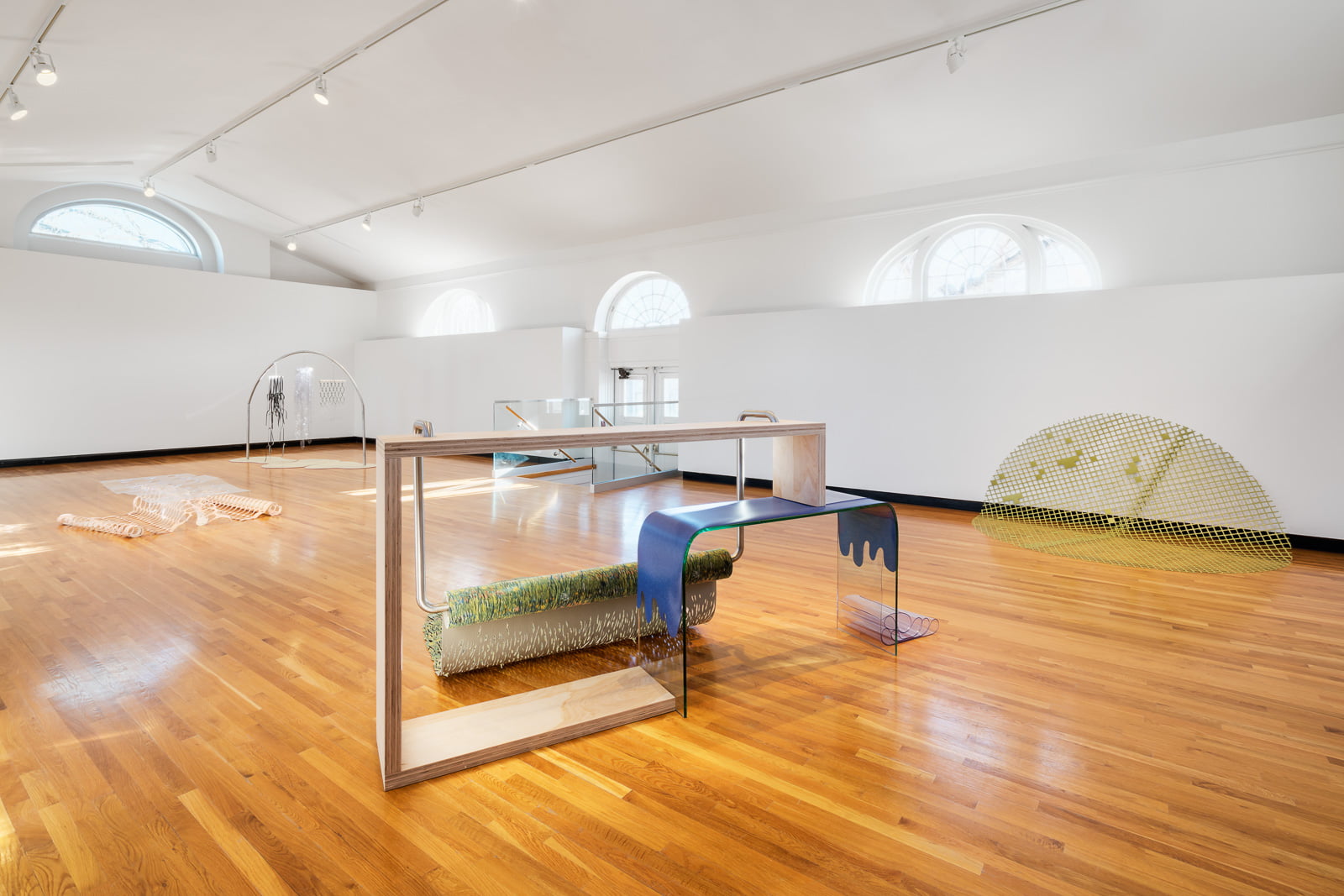 to be sure (in the meantime) after all, and yet